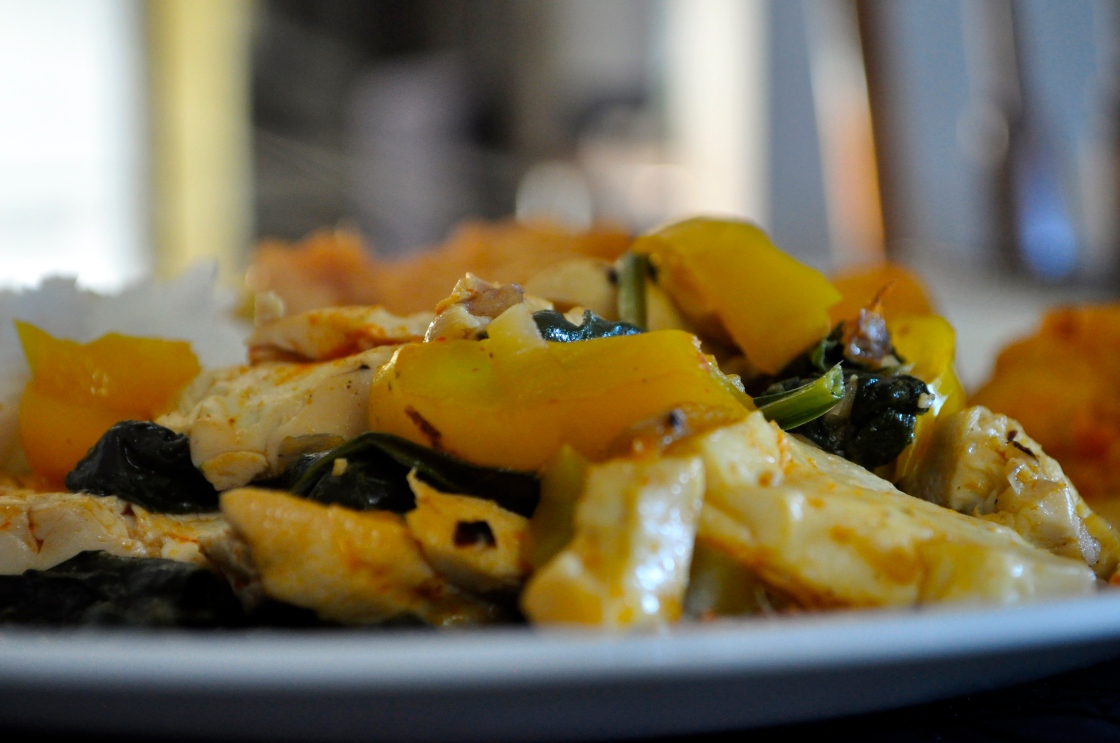 A couple days ago, I decided to cook and I took pictures while I was at it. I just bought tofu from Save-On and thought, hmm, maybe I should stir-fry the shit out of it and add spinach and yellow peppers (read: the only veggies in our fridge that go well with stir-fried shit).

Unfortunately I don’t remember the exact proportions and measurements of the ingredients that I used. Although to be fair, I wouldn’t even claim that I made an effort to do so. Even when I try to follow a recipe, I usually end up putting a little too much or a little too few of something so meh, who cares.

The first step, obviously, is to chop everything that needs to be chopped. In this specific experiment, I had to chop the tofu into square chunks and the bell peppers into tinier bits.

Obviously all the veggies have to be washed and drained first. Mahirap na. 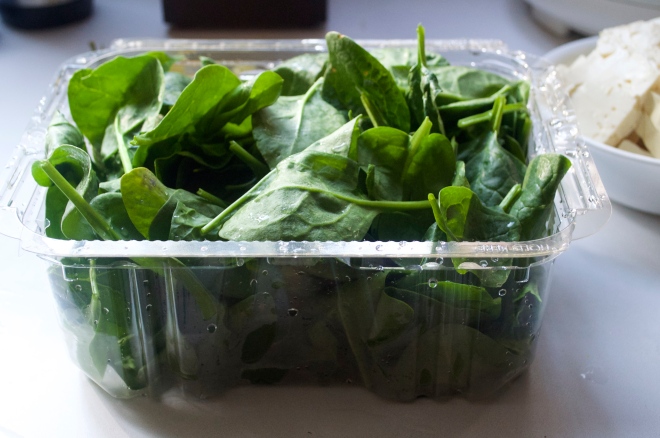 Once all the ingredients are ready — and there aren’t much to prepare, really, so pardon my pretentiousness — just put them all together in a pan. Basically that’s it. Typical stir-fry shit.

But if you need more details, well.

First, put the pan on a stove top and turn on the stove. Put oil in the pan. Maybe two tablespoons of oil; it doesn’t have to be exact as long as you have enough to fry the onions (maybe about half a fist-sized onion; diced of course) and garlic (two or three cloves would do; also diced).

When the oil is hot (you could put your hand a foot above the pan and should feel heat; don’t dip your finger into the oil because duh), put the onions and garlic in. Cook until they’re are bit brownish.

Then you fry the tofu. My mistake here, being the lazy-ass that I am, was pouring all of the tofu straight from the bowl in which I prepped them. A little bit of water was poured over as well, so instead of frying the tofu, I ended up half-frying and half-boiling them — does that make sense?

Anyway, because it was too late to back out, I just carried on. I covered the pan and let the tofu simmer for about 10-15 minutes while turning the chunks upside down every now and then. I also added salt and pepper and squeezed maybe a cup of sriracha sauce to make it spicy. When the tofu chunks were firm enough, I took them out and put them in a bowl.

In the same pan, I fried the bell peppers and the spinach, kept stirring for about two to three minutes, then added back the tofu in. I decided I had to remove the tofu first because otherwise they would just break into pieces and end up looking like scrambled egg whites.

After putting them back all together, I added a little bit more salt and pepper and another big squeeze of sriracha. After five more minutes, I turned the stove off and voila.

It didn’t taste bad, actually. I would say the bell peppers overpowered the taste. The tofu, while not exactly fried in the strictest sense of the word, was also firm and tasty (there’s a sexual joke in there somewhere). And oh, it wasn’t as spicy as I’d like it to be so I had to add more sriracha and pickled jalapenos on the side just to get that real flavorful spicy kick I wanted.

I ended up eating my spicy tofu with rice and some leftover fish fillet with pineapples from last night. I know, right? #healthbuff #feelingera 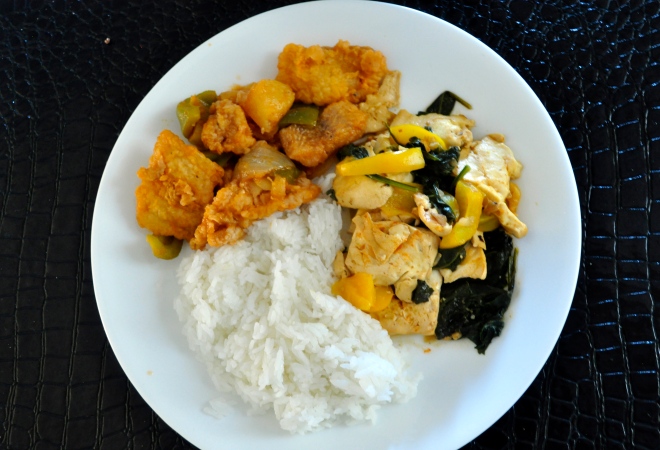