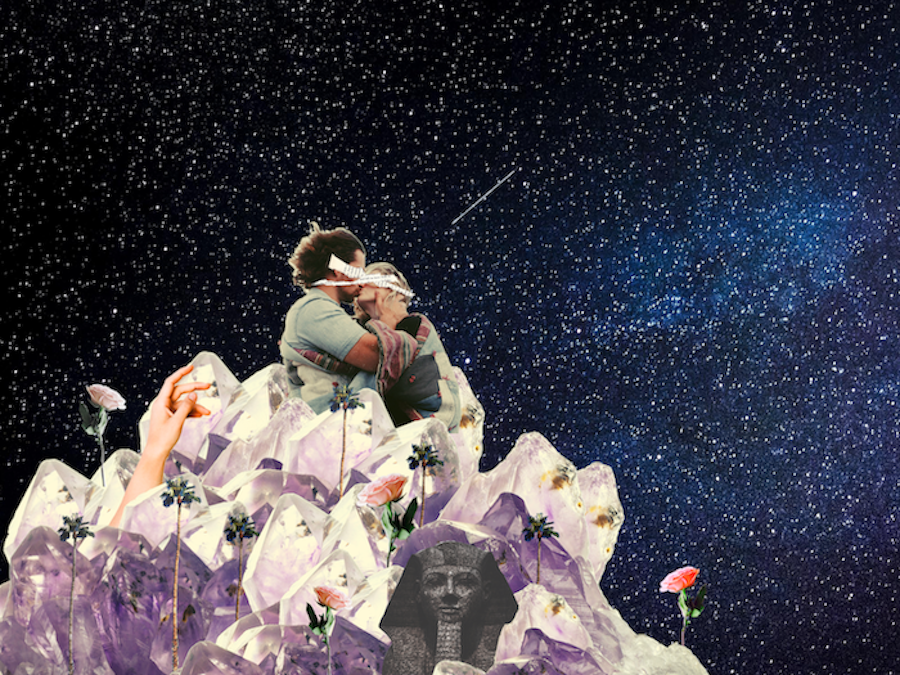 Searching 3.0: OPM and Figures of Speech

I found an interesting query among last week’s Search Terms:

My OPM favorites post has a few examples but it doesn’t explicitly state which lines count as personification. Anyhow, I decided to do some further digging and learn about the different ways figurative language has featured in OPM lyrics. Initially I wanted to explore at least 10 figures of speech but since I get way too chatty about these things, I eventually narrowed them down to three: simile, metaphor, and personification.

Note that I am not a living OPM archive so the songs on this post are pretty much demonstrative of my personal taste in music and of the demographic I belong to. And, as always, if you have any interesting lyrics to share and/or mixtapes to promote, feel free to drop them all down in the comments below. 🙂

Similes compare two typically unlike objects by using the words “as” or “like” or “parang” or “tulad.” There are other variations of these words in Filipino including “tila”, “mistula”, and “kasing-“.

A simple, straightforward example can be found in syd hartha’s “tila tala”:

In these lines, the persona likens the star to the person she admires. Stars are a pretty popular reference in pop music, and OPM alone has probably covered all stages of stellar evolution, from pagkutitap to pagkahulog to pagkawala ng ningning.

But the use of similes in OPM doesn’t always have to be trite. Orange & Lemons has compared eyes to auto-parts in “Heaven Knowns (This Angel Has Flown)” (“and my eyes / are like windshields / on a rainy day“) and Eraserheads has portrayed restlessness via sub-atomic particles in “Saturn Return” (“destination unknown / impatient like a nervous electron“).

One of the most memorable similes in Pinoy music history is also an original dopey line from a beloved turn-of-the-century classic:

The simile in Salbakuta’s “Stupid Love” equates an unfaithful ex-girlfriend to the Egyptian mythical creature known for its treacherous nature (ang taas, hindi ba?). The song’s chorus, sampled from Barbra Streisand’s “Evergreen”, is also a collection of similes (“love, soft as an easy chair / love, fresh as the morning air“).

BP Valenzuela’s “Even If You Asked Me” also mentions not one, not two, but three similes (and a metaphor):

I like the progression of the stanza above because the similes are thematically and chronologically linked. Aegis’ “Sinta”, meanwhile, also has multi-similes that are interconnected, not by images, but by the way they sound (a.k.a pun):

Lines like these show how lyrics in Filipino or Tagalog can play around with even the stalest clichés. Take the statement love is like a drug for example. This line has been used way too many times in pop music, but Bamboo re-frames the simile by laying out a distinctly Pinoy scene in “Masaya”:

By channeling the love-is-a-drug comparison through a resident adik, Bamboo enables a tired cliché to pack a solid punch. Aray. ✊😢

Metaphors also portray comparisons but without using the words “like” or “tulad.” Instead of looking for these keywords, we identify a metaphor by determining which objects are being compared.

Let’s look at the word “home” or “tahanan” for example. Home is a fairly common vehicle in pop music, and many songs have drawn comparisons from its various characteristics: a permanent abode, a place of solace, a basic need (#SaveSanRoque).

Home is the addressed lover in IV of Spades’ “Mundo” (“aking sinta / ikaw na ang tahanan at mundo”), and home is also the essential need in Ben&Ben’s “Ride Home”:

While the vehicle bears the weight of the metaphor, the tenor on the other hand is often the lover, the proverbial “you” or “ikaw,” in OPM love songs. Franco, for one, has equated “you” with various metaphorical vehicles, from weather temperament in “Seasons” (“you’re the warmth of summer / I walk towards your light”) to an object that satiates hunger in “Lover’s Fire” (“you sinful food / you taste so good”).

Sometimes the tenor can be other pronouns like “sila” or “ako” or “tayo.” In BLKD’s “Gatilyo,” for instance, the rapper calls for active political participation by comparing “tayo” with the trigger of a gun:

An example of a non-pronoun tenor in OPM can be found in fando & lis’ “What Time Is It There?”, a duet between long-distance partners:

These lines equate the sea and the bed to portray the expansive distance between the singing lovers. Another layer of meaning could also be extrapolated by recognizing the contrast between the activities involved — sleeping versus swimming — and the implied resignation (and comfort?) in the phrase “don’t wake us.” I contend that these lyrics count as a complex metaphor.

Interesting comparisons in OPM can also be found in conceptual metaphors, that which when abstract concepts are concretized by ascribing them physical attributes. Imago, I think, is notorious for metaphors concerning geography. They sing about a “lalawigan ng noon” in “Sa Ngalan Mo”, and they also have these lines from “Sundo”:

My favorite OPM metaphors, however, are the ones that are sustained all throughout the song. Ebe Dancel’s “Bawat Daan” is a good example; it consistently uses travel-related images and compares “ikaw” to various cartographic points:

Ourselves the Elves’ “Self Is Universe” also draws comparisons between the self and, well, the universe under the hypothesis that multiverses exist (“the self, oh the self / is universe too…your alternate self, your other self / will overcome you”).

However, the song with an extended metaphor that I find most interesting is Parokya ni Edgar’s “Choco Latte”, mainly because it seems to have achieved what Plato and Aristotle call organic unity (charotz!). The song’s narrative is interspersed with various chocolate-related imagery, but the primary metaphor compares chocolates to “tiwala” in a relationship:

Personification basically attributes human-like characteristics to non-human objects or concepts. This should be obvious, I think, but the uninitiated student might confuse personification with metaphor or simile (which is fine; they’re often compounded anyway).

For test-taking purposes, however, the key is to spot the object or the concept and ask whether said object or concept is being made to do what humans typically do. Let’s have a look at Fools and Foes’ “+63” as an example:

The sun does not paint and trees don’t have hands to wave (unless they’re Ents, charing). So obviously, the example above personifies both the sun and the trees. Gets? Gets.

Anyway, more examples. Body parts are commonly personified in Pinoy pop. The great Jolina Magdangal starts “Paper Roses” with “I realize the way your eyes deceived me / with tender looks that I mistook for love“, while Up Dharma Down sings about the heart in “Oo”:

Water is also another object/concept that is typically personified in OPM. Autotelic sings about waves in “Languyin” (“lamunin man ng alon / handa akong la-la-la-languyin”) while Sandwich sings of murky stormwater in “Putik”:

These two examples exhibit familiar Filipino experiences, from sustaining long-distance relationships due to the country’s labor export policy, to suffering through typhoons that wreck havoc across homes and cities.

Sometimes, however, personifications do not bear easily understandable meanings, at least to my admittedly limited comprehension. Take these lines from Yūrei’s “Plastic”:

I like the song, don’t get me wrong, but I don’t fully understand what the lyrics are about. Are they alluding to Nirvana’s “Spank Thru”? Hrmm.

See, sometimes even my mapagmarunong self also gets confused about these figures of speech. What about the Sexbomb Girls’ “Spaghetti Song”? Spaghetti noodles don’t typically go “pababa nang pababa” or “pataas nang pataas” — are they being personified? Hmm.

When it comes to straightforward examples, the most obvious, I think, are those that personify love. Barbie Almalbis’ “Ambon” personifies both love and the clouds in the lines “at nangangarap na maanggihan man lang / ng pag-ibig mong binihag ng mga ulap”. Ang Bandang Shirley also assigns human attributes to love in the song “Siberia”:

And that’s all I have for tonight. There are probably better examples out there and I’m sure I can think of 10 more interesting figures of speech in OPM if you ask me another day.

Hopefully the kids from Google or Bing learn a thing or two from this post. Or at the very least, I hope they discover new songs to listen to. 🙂